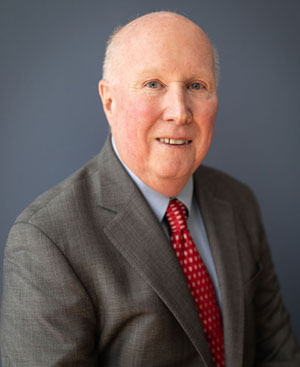 Mr. Zimmermann was admitted to practice in New Jersey in 1973, and he has been with the firm since 1985.

His practice is primarily in the areas of land use and commercial real estate. His land use activities include State and local approvals for shopping centers, office buildings, apartment buildings, and hotels for national and regional developers and redevelopment law. His commercial real estate practice includes the negotiation of leases, real estate contracts, mortgage documentation and reciprocal easements, as well as serving as local counsel to national law firms for due diligence activities and opinion letters. He has numerous reported decisions, covering a wide variety of practice areas.

Mr. Zimmermann was the lead attorney in the firm's representation of The Bergen County Utilities Authority from 2004 to 2011. He also served in the same role in the firm's representation as special counsel for sewerage matters for the Northwest Bergen County Utilities Authority and the Township of Woodbridge. He served as a court appointed mediator for ten years.

Mr. Zimmermann was the attorney for the Cliffside Park Planning Board from 1978 through 1984. He was a part-time instructor at Rutgers - Newark Law School from 1980 through 1984, teaching courses in legal writing and appellate moot court.

Mr. Zimmermann served for eight years as Co-Chairman of the Greater Newark Conservancy, a non-profit which promotes environmental stewardship to improve the quality of life in New Jersey's urban communities. He resides with his wife in Montclair, New Jersey.